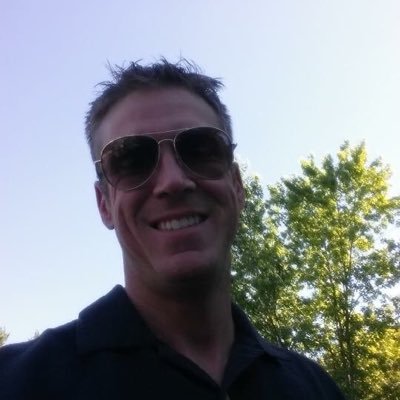 We interviewed Ross Trowbridge about his project #IAmNotAshamed, and about his journey with BPD. Over the last 3 years, Ross has had a really abrupt time with job eliminations which led to a downward spiral for him where his split personality disorder started to take over. For Ross, the only times he felt familiar, were when his mind and body went hand in hand. Since then, Ross has turned his life around with his project #IAmNotAshamed, and we met with him to discuss:

How do you manage your BPD?

My formula for recovery is ‘purpose’. The concept originated from when I was made homeless in Lowa in 2016. I never thought I’d be homeless, but job eliminations and my mental illness took over and I ended up with no resources and living on the street.

There is a bit of stigma placed on individuals especially those with borderline personality disorder because it’s looked at in such a different light, and so I was angry at the system for not providing resources and getting rid of the stigma. So I grabbed a box from a downtown distribution centre and I wrote on the box “I have borderline personality disorder and I’m not ashamed, stop the stigma.” I went down to a park for about seven hours where there was lots of foot traffic and I looked homeless, but what I did was tell people that “I’m not asking for your money, I’m simply asking you to read my sign.” I engaged in conversations with people and educated them about borderline personality disorder and told them about the struggles I’ve had over the resources provided by our state. I also talked about the severity of the disorder, because lots of people had no idea what it was. Ultimately what I did was put a face and a name to BPD, and my purpose was to educate people and to raise awareness for others suffering with mental illness.

The thing is lots of people have a mental illness, but you would never know this by how they talk or act, and so it can be easy to discriminate against them accidentally. By going out and speaking to people, I wanted to help people understand how common mental illness is and how to not discriminate against people suffering.
My way of dealing with my BPD is to try and figure out a way to manage this disorder, by working with others to educate more people about the disorder so that there will be less discrimination and more understanding.
Advocacy can give you real purpose in life because you can help people come to terms with their mental illness and it also reminds you that you need to practice what you preach.

What would your advice be to someone who has been recently diagnosed mental health illness?

1. Self educate – learn about the illness so you know what you are dealing with. This is often missed and I don’t think they are educated enough.
2. Medication can help anxiety and impulsivity
3. Psychotherapy – With BPD, some psychiatrist’s don’t even recognise BPD as a mental illness, which is pretty scary, so always go to the most suitable expert for your mental health obstacle.

How can health and wellness help BPD?

Humans are split into three things: the mind, body and spirt. Spirit being your inner drive and not necessarily spirituality. To be fully healthy we need to be working on all three of those things all the time, which can sometimes be a struggle.

For the mind and body, I have found that I feel much better by eating healthy and by exercising daily. And although it’s so hard to maintain a routine, reminding yourself of why you are exercising and eating well is important. For example, I know how important it is for me to exercise daily because exercise releases endorphins which help my mind, body and spirit.

Arguably our spirits should be looked after the most, yet people often forget to take care of their spirit longterm. For your spirit, it’s important to find something that gives you purpose. For me, I’ve developed the #IAmNotAshamed project to help me stay focussed on helping myself and others.

Why is it important that more people with mental illness speak?

It’s important to show that people with mental illnesses are your neighbours, your family, your friends, your co-workers and that it’s time to stop the silence and talk about our issues upfront.

It’s time to take the weight off everyone’s shoulders and to be able to go to people and tell them that this is who you are and this is what you struggle with and you are not ashamed.

What would be some top tips you would give them for creating a project like yours?

1. Prepare for rejection. The project has helped me deal with rejection. Not everyone is going to be on board and not everyone is going to agree with your idea. So prepare to improve yourself and be invalidated.
2. Do things that you don’t normally want to do. In recovery there’s been a lot of things that I haven’t wanted to do but I do them anyway because I know that they will help me. I’m struggling to find a job and I have a lack of family support but by doing things that I don’t normally want to do, I can maintain an overall positive attitude. When I say the word “can’t”, I automatically replace it for “I don’t want to” and it often puts things into perspective pretty quickly because if it stills fits into the sentence then I know I need to think about this and do something about it. For example, “I can’t get out of bed” is very different from “I don’t want to get out of bed.”
3. Accountability. The biggest thing I’ve done to change my life is to hold myself accountable. If I’ve done something wrong, if I messed up I say that I messed up and don’t blame it on mental illness. My mental illness has influenced some decisions but it’s never made a decision for me. So I own up to my mistakes and I also own up for my successes and take credit for those.
4. Separate yourself from your competition, if you are trying to get your message out there it is very hard because there are so many blocks and so many people trying to do it and that’s why it’s so important to find your own niche
5. Be resilient. If it’s not working, try something else and keep working at it. Being able to stick to your path is key and the results will come.

If you could pick 1 self help tool for us to try today, what would it be?

Most people, when asked how’s your day going they think of it as externally but what has happened to me today?
For example, I used to plan my days based on my emotions and judge the success of my days based on my emotions and thoughts. If somebody asked me how my day was going it would depend on how I’m feeling and whether I’m emotionally stable and how intense my feelings were.

My number one Self Help Tool for people to try today would be to try to base your days on whether or not you do a couple of things:

If you have done those things then to me that is a good day. Even if your thoughts were bad or your emotions were taking over, at the end of the day you could say that was a good day because you limited damage, you didn’t put yourself in a situation where you had to apologise to someone and people didn’t feel guilty or shameful for something you did.

You can join Project #IAmNotAshamed, here’s how:
Go out to areas with heavy foot traffic on Saturday 18th of August with a sign that says ‘I have a mental health illness and I am not ashamed’
All you have to do is hold that sign, engage in conversation and have the same experience Ross had, to simply chat to and educate people about your mental illness. 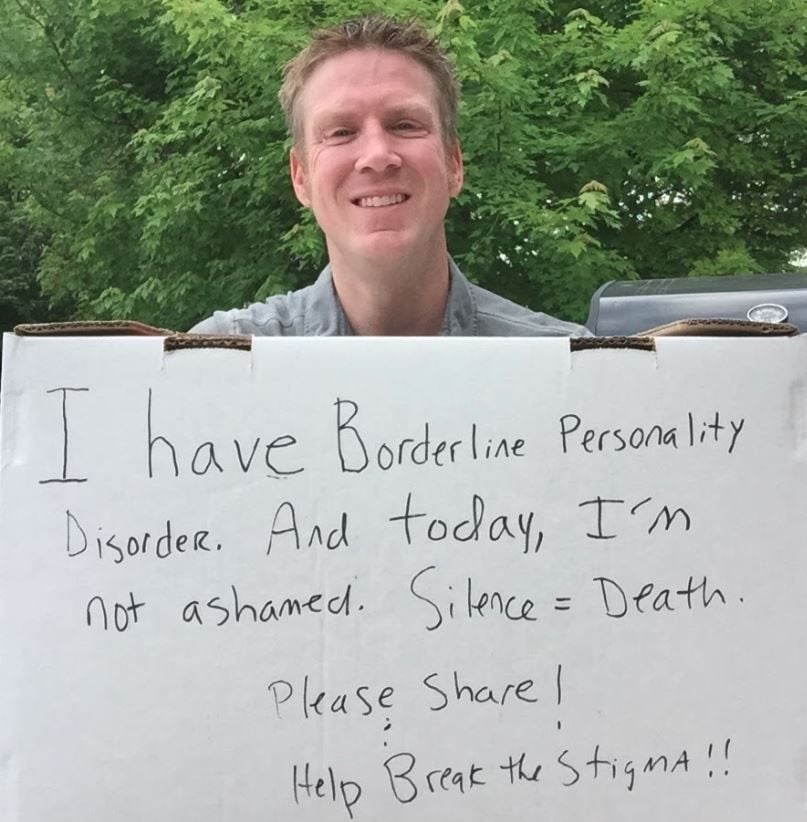